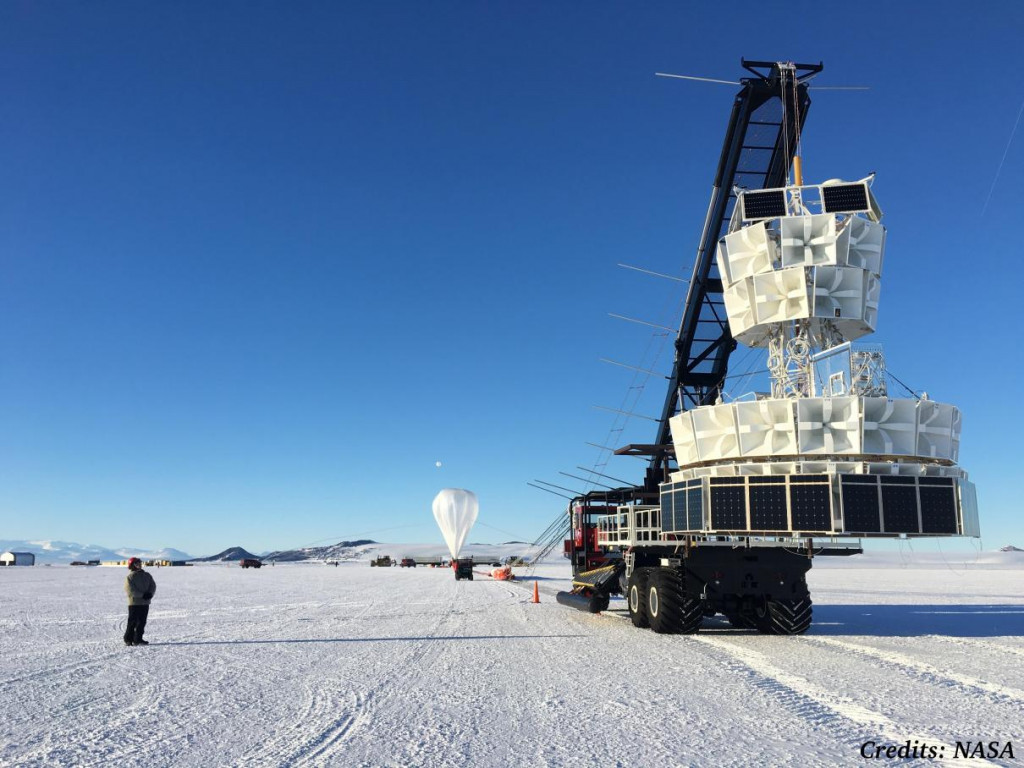 Figure 1: The BOSS (launch vehicle) hangs the ANITA-IV and waits for the completion of inflation. ANITA-IV was launched form the Ross ice shelf near the McMurdo station, the foot of a mountain behind the balloon. Before the launch, The LDB field coordinator will launch pilot balloons to check the weather status. If the weather status satisfy the launch conditions, the ANITA-IV will hang out from payload house to the launch pad for the inflation and launch.

On Dec. 2, 2016, The ANITA-IV (The Antarctic Impulsive Transient Antenna) was launched from Ross Ice Shelf near McMurdo Station (Fig.1). ANITA-IV is a scientific balloon fly on the high sky, 30-40 km altitude above sea leave, to detecting the extra-high energy neutrinos and cosmic-rays. LeCosPA, NTU is one of participants to build the ANITA-IV and provides all required amplifiers (Fig.2) of the signal chains and also build the storage system for ANITA-IV data (Fig.3).

The ANITA is a NASA Balloon-Borne observatory designed to investigate various phenomena related to energetic astroparticles, such as ultra-high energy cosmic rays (UHECRs) and ultra-high energy cosmic neutrinos (UHECNs). In the standard model, the propagation range of UHECRs (E_CR > 6×10^19 eV) is limited by interaction with the CMB radiation. Greisen, Zatseptin and Kuzmin set a cutoff in the 1960s, that provides the mean path along which UHECRs interact with the CMB. The values of this mean path is approximately 50 Mpc. UHECRs are converted to lower energy hadrons and neutrinos after they interact with the CMB. Berezinsky and Zatsepin predicted that the energy range of the resulting neutrino flux (E_ν = 10^17−20 eV) should be 2 orders of magnitude below the GZK energy. In other words, this resulting neutrino flux is strongly constrained by the source models of the UHECRs.

The ANITA detects neutrinos with energy levels in the range from EeV to ZeV (10^18−21 eV). NASA LDB site already launched 3 flights at McMurdo, Antarctica, in the summers of 2006, 2008, and 2014. The previous flights observed a total of 16 UHECR events with a mean energy 10^19 eV and an one Neutrino candidate. ANITA-IV is expected to reach a 50%−60% improvement in energy threshold and a 30% improvement in exposure. Overall, ANITA-IV has some chance of achieving a fourfold improvement over ANITA-III. We expect ANITA-IV can collect more UHECN and UHECN within the coming month flight (Fig.4). 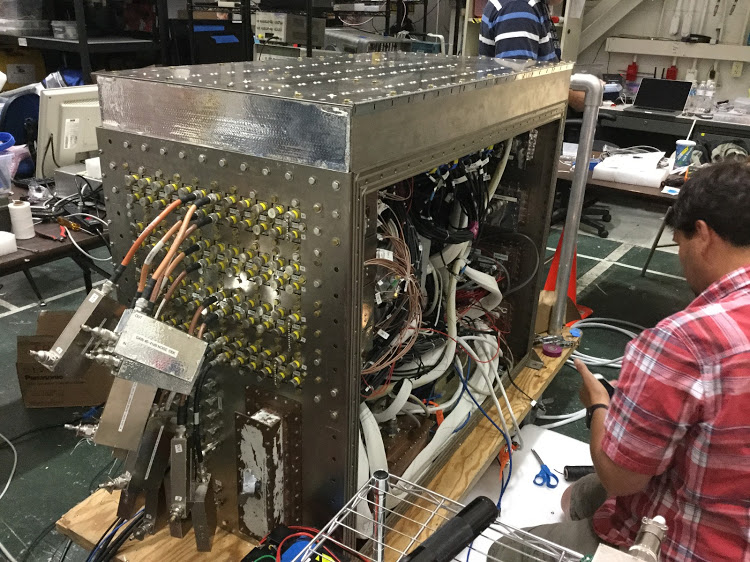 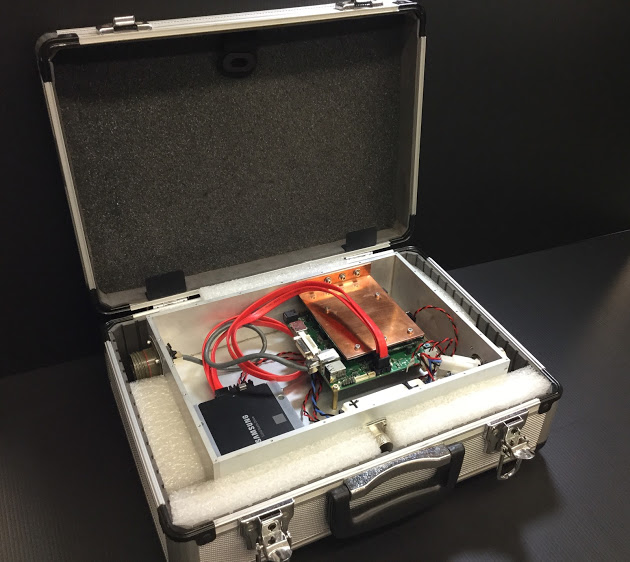 Figure 3: ANITA-IV data storage system. NTU builds and upgrades the data system of ANITA-III. The upgraded data system includes a single board computer and an 8T SSDs array(2*4T). I reduce ~40% of power consumption than the ANITA-III 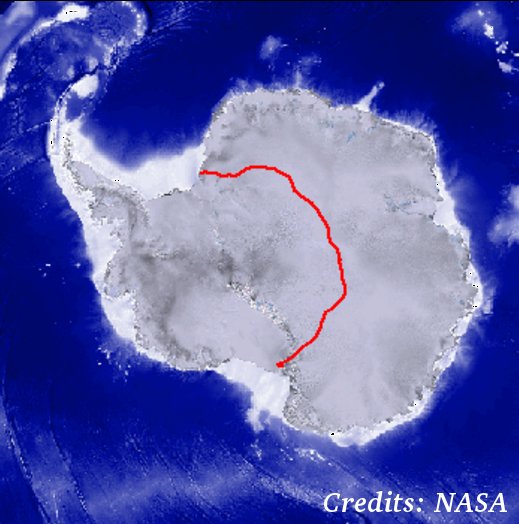 Figure 4: ANITA-IV flight trajectory. After the launch of ANITA-IV, CSBF Long Duration Balloon (LDB) facility tracks the flight path by SIP (NASA Support Instrumentation Package). The mission members can monitor the status of balloon (such as altitude, latitude, and latitude etc) on the web. This picture shows the 5 days flight path after the launch. We expect the ANITA-IV flight can be longer than a month.